Shila Desai started her specialist tour company by accident. It grew into a second act that renewed her sense of purpose and saved her from the rising damp of depression.

Since 2011, Eat Your Heart Out Tours has taken clients on the most fascinating life experiences. The company’s specialist guides have contact lists that give them access to remarkable places and insights. They can call on a generational artisan in a Moroccan medina, or a zoologist saving endangered species in Madagascar. They’ll navigate the silk route of nomadic Kyrgyzstan traders, find archeologists to explain the history of Gujarat’s ancient underground stepwells or a translator for a textile workshop in Bhutan.

When Shila tells me she’s Indian by heritage, African by birth, and Canadian by assimilation it seems perfectly understandable that she should love far horizons. I asked her to tell me more about herself and how she came to start this business.

I’m a chartered accountant (UK) by training. Although it’s a solid profession, it didn’t hold my interest for long. When I married and then the kids came, I became a stay-at-home mom to our two daughters while my husband built a multinational manufacturing business from scratch. I dabbled in the business, but it wasn’t my baby. For years, I felt purposeless and battled depression.

it started with food

When our daughters left home, I enrolled in a writing course and joined a writing group. At meetings, I’d often bring Indian food. My writing friends would say, “Can we tag along when you next visit India? Oh, and make it a culinary tour.”

I rose to the challenge. For the first time in a long time, I was filled with purpose. The group size grew from eight members of my writing group to nineteen – including a retired Bollywood actress.

That first E.Y.H.O. (Eat Your Heart Out) tour in 2011 was meant as a one-off. But it was such a resounding success that I had many requests for a repeat. I realized travellers wanted to travel with someone with an inside track. The following year an Indian textile expert approached me to lead a tour to Gujarat-Kutch.

It’s the land of my ancestry, but, having grown up in Kenya, it was a destination I was sadly not familiar with until my textile mentor introduced me to my heritage. I was completely smitten. She succumbed to cancer in 2015, and I like to think I carry on her legacy.

I was born and raised in Nairobi within an extended Indian family numbering 23. We all lived under one roof. In the early 1900’s, my grandfather, fleeing famine and poor economic prospects in Gujarat, had emigrated to Kenya. I’m second generation Kenyan and Kenya is home.

When my grandparents returned to Gujarat in the ‘60’s, we were often taken back for visits to India. However, we never ventured out of our ancestral town of Rajkot. My grandfather believed Gujarat was “dry, dusty desert” and we’d do better to visit the Taj Mahal and the temples of South India. But money was scarce and we never did. I grew up speaking fluent Gujarati and steeped in Gujarati traditions and culture but didn’t really experience the land of my ancestry until my late 40’s.

Growing up in an extended family in Nairobi with twelve children, it was impossible to be heard. I began reading and writing at an early age, and flights of imagination would take me all around the world.

Due to Kenya’s post-independence political situation and anti-Indian sentiment, the grownups were always watching the direction the wind blew. As a result, we children mostly grew up on our own vagaries – a complete contrast to today’s over-programmed child.

Growing up in a large family imparts skills of listening, negotiation, consensus-seeking, and diplomacy …and then forging one’s own path. Over three decades post-independence, my family slowly scattered across the globe in search of economic opportunities, education for the children, and general safety. But no matter where we are, we’re as close as ever. We arrange regular reunions, and their worldwide reach is an asset in my travel business.

adventures made to measure

Textile travels have taken my groups to all regions of India, Central Asia, Bhutan, Mexico, SE Asia, Sri Lanka, Turkey, Morocco, and further. In addition, I lead wildlife safaris to sub-Saharan Africa and customize tours pretty much anywhere in the world.

The focus is to train a thematic lens and always imbue the tours with a nuanced, multi-dimensional perspective beyond the usual sightseeing lists.

I personally lead 4-5 tours a year during winter (Jan-Mar) and fall (Oct-Nov). Expert group leaders take charge of other tours all year round.

Crafts – or material culture – hold a rich lexicon of clues to a society’s history and traditions. Material culture opens the window to another world, yet its components are universal. Take textiles – humans (overwhelmingly) all wear clothing. The differences are in how it’s made, when, why, and for what purpose.

When we appreciate material culture, we connect to the people of another land. Visits with artisans in their studios and home workshops, meeting their families, learning of their hopes, challenges, and aspirations – all of these immensely enrich any travel experience and a tour becomes extraordinary. Hands-on workshops give far greater appreciation for a craftsperson’s skills. It is these kinds of journeys that resonate long after the flight back home. Crafts also bring together like-minded travellers.

Our demographic is based in Canada, U.S., Australia, U.K., Europe, and Kenya. 50-75 age range, literate, and interested in a deeper cultural, sociological, and historical context in their travels.

They like off-the-beaten-path travel to — among other places — the Indian subcontinent, Central Asia, and Africa (sub-Saharan and north). Interests range from material cultures of traditional and contemporary societies to wildlife, architecture, culinary, and history. Often our travellers form life-long friendships. Traveling on a crafts tour is a gift to yourself that keeps on giving.

5 must-have’s when choosing a tour organizer

travel in the future?

With measures responsible governments are rolling out against climate change, air travel must become more carbon neutral. This will likely drive up costs and demand may fall.

However, airlines have a track record for innovation. If technological improvements can address airlines’ carbon footprint, travel will continue to become more frequent and easier.

Of course, the pandemic is a major blip on the scene. In the short term, travel will be difficult and expensive as suppliers cut capacity to deal safely with the pandemic. A safe vaccine, quickly delivered, will mitigate the effects.

could carriers and airports do it better?

Frankly speaking, most airlines and airports do a fair job of transporting passengers safely and comfortably within the constraints of airfare charged. Of course, extra leg room and wider seats in economy on are always welcome. Nothing to do with comfort per se, but I’d love to meet an airline that reduces single use plastics and packaging, and automatically reduces carbon footprint without asking passengers to pay extra. These measures are more important to me than enhancements to comfort.

what not to wear

I never travel without a wool shawl my mother gifted me. She died 16 years ago, and that shawl is my comfort blankie. I never pack expensive jewellery, a hair dryer, or fancy shoes.

most exotic place you’ve been?

An eco-lodge in Ometepe, Nicaragua. It’s on an island formed by two volcanoes rising out of Lake Nicaragua. It was completely at one with nature, and there was the thrill of escaping just as the one of the volcanoes began rumbling!

if you could turn back time?

I’d start the tour business earlier. I second-guessed my own intuition and lost a lot of time.

Can I have two? My geographical muse is the savannah on the Serengeti. But I also love Gujarat for the instant connection to a 5000-year-old culture. I could never tire of these two places on the earth.

2 thoughts on “EAT YOUR HEART OUT” 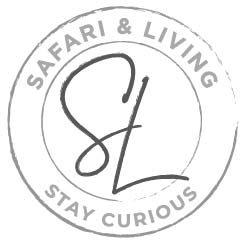